6 Ways to Fix Mistakes on Your Medical Bills 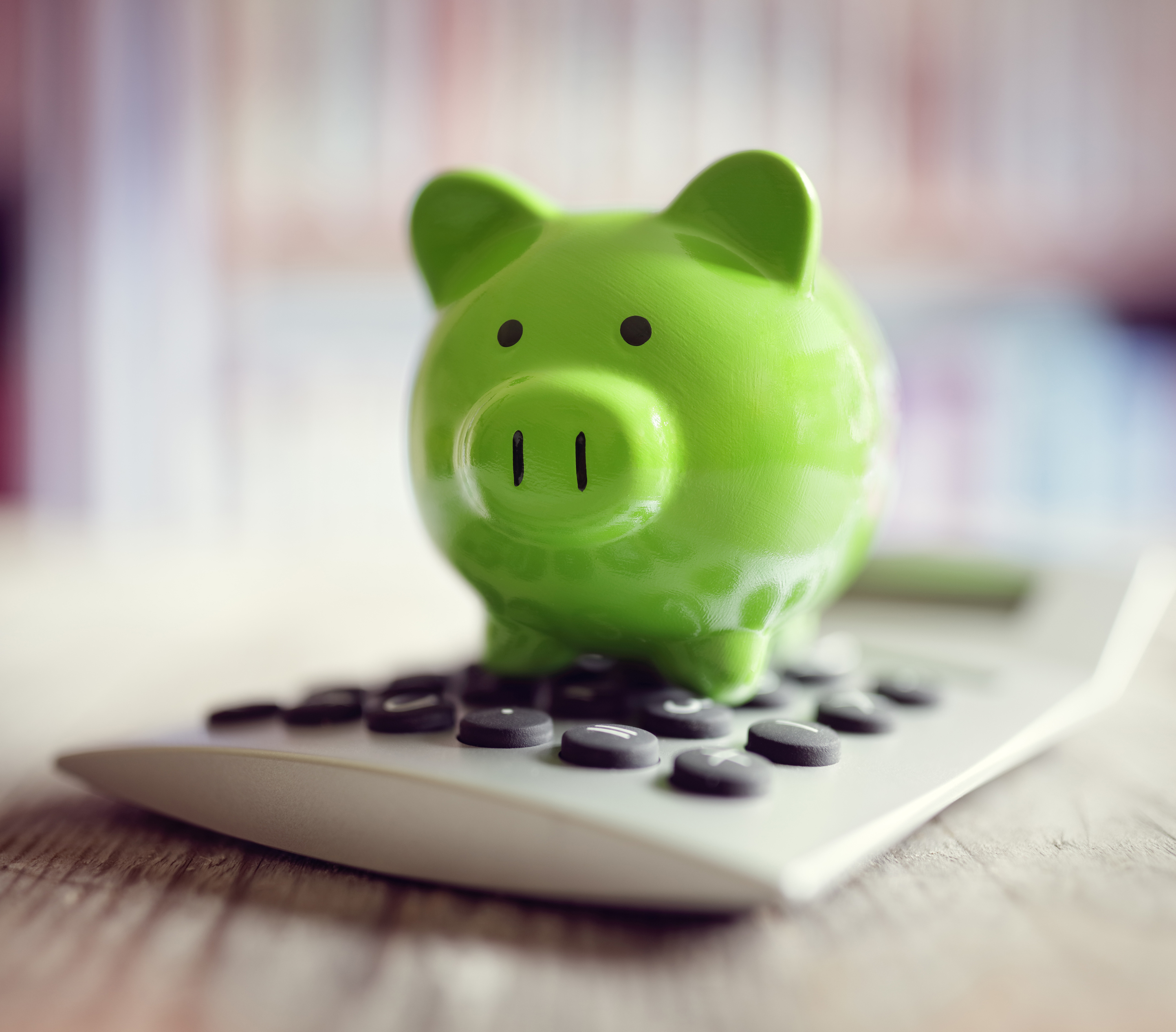 6 Ways to Fix Mistakes on Your Medical Bills

When it comes to fighting medical bills, consumers are at a disadvantage because regulatory oversight of health plans is spread among federal and state agencies. A few states have passed laws that limit surprise fees and ban out-of-network providers from charging you the difference between their fees and the reimbursement amount, a practice known as balance billing. But most states don’t have those protections. As a result, consumers are often confused about their options and don’t know where to go for help.

That’s why Consumer Reports supports A Patient’s Financial Bill of Rights that would create a fairer medical billing process (see “Where We Stand: A Patient’s Financial Bill of Rights“). “Consumers need medical bills that are simpler and more accurate, that are consolidated and not sent until insurer payments have been made to providers,” says Betsy Imholz, special projects director at Consumers Union, the advocacy division of Consumer Reports.

There’s no foolproof way to avoid a medical billing snafu, but there’s a lot you can do to minimize the likelihood of problems. “It’s important to take advantage of whatever strategies you can,” says Carolyn McClanahan, M.D., a certified financial planner in Jacksonville, Fla. So before you go a doctor—and after you start getting those bills—follow these steps.

1. Know Your Health Plan
Many billing problems start because people don’t understand the basics of their insurance, including deductibles, coverage limits, and the network of providers. “People think they know what plan they have, but they often don’t. To be fair, plans change year to year. It’s complicated,” says Martha Bradt, a health claims advocate in Rye, N.Y.

Make sure your provider has correct insurance information entered in its system. “Many people don’t let their doctor know if they’ve changed jobs or received a new card, or if there’s a secondary payer,” says Cindi Gatton, a private patient advocate in Atlanta.

Smart move: Grab a cup of coffee and read your health plan document, typically available on your insurer’s or employer’s benefits website. You’ll learn what your plan does and doesn’t cover, as well as the limits for treatments—that you’re allowed up to 20 physical therapy visits a year, for example.

2. Try to Stay in Network
The best way to avoid billing shocks is to make sure your providers are in your network, McClanahan says. Don’t rely on the plan’s directory, because those listings could be out of date. Call the doctor’s office and provide your plan name and group number to confirm that the doctor is in your network. Also check to see which hospitals in the area take your insurance.

Smart move: If you’re being admitted to a hospital and asked to sign a document of financial responsibility, write in that you agree only if your care is in network, says Elisabeth Rosenthal, M.D., author of “An American Sickness” (Penguin Books, 2018) and editor-in-chief of Kaiser Health News. That will at least give you a basis for disputing bills later if you are charged out-of-network fees.

3. Scout Prices in Advance
It’s easier to avoid billing surprises if you can determine your charges in advance. In the Consumer Reports survey, only 4 out of 10 people tried to find out before an office visit what the cost would be.

That said, it may not be easy to find out prices, but it’s worth a try because the cost difference can be huge. That’s what Marcy Neely of Cedar Lake, Ind., discovered after she was charged more than $1,500 for a blood test at a local hospital. When the test needed to be repeated, Neely, 45 and a stay-at-home mom, asked a clerk at the doctor’s office what to do. She was referred to a lab that charged just $270.

To check prices in your area, start with your health plan website. Most major insurers offer online tools that show how much you might owe for common procedures and doctor visits based on your deductible status and plan features. You can also ask your doctor what a treatment or procedure is likely to cost, as well as call local providers to see how their prices compare.

Smart move: Check out online sources such as FAIR Health, Clear Health Costs, or Healthcare Bluebook, which can help you determine prices in your area. This information can be helpful if you end up negotiating with a provider (more on that in step 6), because you will know what providers typically charge for that treatment or service.

4. Wait for the Real Bill
“Some providers send bills before they’re processed by insurance, followed by more notices,” says Arthur “Abbie” Leibowitz, M.D., chief medical officer of Health Advocate Solutions, an employer benefits firm. “It’s so confusing that many people pay what they don’t owe, while others wait too long after they get an overdue notice.”

To make sure you pay what you actually owe, wait until you get an explanation of benefits (EOB) for that date of service from your insurer. Look to see what insurance has paid and the amount that is your responsibility, Leibowitz says. At that point, you’ll get another bill from the provider reflecting the insurance payment and the amount due from you. The two amounts should be the same. Then you’ll know what you really owe.

Smart move: Make it a habit to keep organized healthcare records, including receipts, statements, and EOBs. And if you have to call, keep a log of the people you spoke with and get a reference number.

5. Address Problems Quickly
If you get a medical bill that seems incorrect, call the provider and your insurer and explain why the bill seems wrong. Perhaps the doctor simply entered the wrong code or the insurer didn’t receive the bill. If so, ask the provider to resubmit the claim with any necessary corrections. “Many problems can be cleared up with a couple of phone calls,” Gatton says.

If that doesn’t work, try to diagnose the problem and find out who can solve it. Perhaps your health insurer says a treatment isn’t covered but your doctor says it should be. If so, you may need to gather documentation that bolsters your case. “Chances are, your provider will want to help you since they want to get paid,” says Cyndee Weston, executive director of the American Medical Billing Association, a trade group.

Be aware that most providers set a time limit of 60 to 90 days on bill payment, so if there’s a dispute, notify the billing office in writing. It can freeze the account for an additional 30 days. Otherwise, your account could be sent to collections. You also face a time limit on appealing denials to your insurance company, which may be anywhere from 90 to 180 days, says Martine Brousse, a medical billing patient advocate in Culver City, Calif.

Smart move: If your efforts aren’t getting you anywhere, it may be time to seek help. You can start with your employer’s benefits department. About 64 percent of large companies offer patient advocacy help, according to a 2018 survey by the National Business Group on Health, a nonprofit organization. For other options, see “How to Get Help With Your Bills.”

6. Consider Negotiating
Sometimes offering to make a deal is a better alternative than a protracted billing battle. If you have enough cash on hand, consider offering to pay most of the bill immediately. “You can often get the provider to settle for 20 percent less or more if you’ll pay them right away,” says Bonnie Sheeren, a medical billing advocate in Houston. As noted in step 3, having information about what providers are typically paid by insurers or Medicare can help bolster your case.

If you have a low income, another option is to ask for a reduced rate based on financial hardship. That strategy worked for Marc and Anne Montgomery of Covington, Ga. Last October Marc, 40 and a carpenter, needed outpatient surgery for a hernia.

The couple had a short-term health plan through Meritain, which pre-authorized the procedure. But the claim, which totaled $30,000, was later denied because it was considered not medically necessary. “We were shocked, since the surgery was pre-authorized,” says Anne, 33, a market researcher. (Meritain declined to comment on the Montgomerys’ case for this article.)

An insurer’s pre-authorization doesn’t guarantee that claims will be covered. The couple fought the denial but got nowhere. Then in January, Anne contacted a medical billing advocate, who advised her to ask the hospital for financial aid based on their low income. “When I told the hospital billing department that the bills would cause significant financial hardship, that opened doors,” Anne says. In February the hospital waived its bill, which prompted most of the other medical providers to write off the charges. The couple now has a marketplace plan.

Smart move: When negotiating, try to talk to someone with the authority to make a deal, such as a supervisor or the head of the billing department. Reaching the right person may require a lot of persistence, but sometimes it’s the only way to make a medical billing problem go away.